When Mayday Brought Capitalism to the Masses 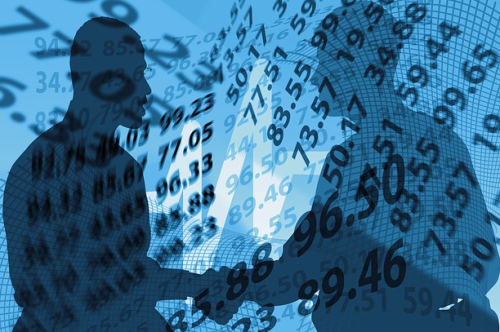 Today is May Day (May 1) 2014.  A search of this holiday that has taken on many meanings will most likely lead to two stories other than the most recent one that brought capitalism to the masses 39 years ago on May 1, 1975.

Story one is May Day’s ancient origin as a pagan festival also known as Beltane, held to celebrate the return of spring in the northern hemisphere, complete with the familiar May Pole, celebrated in many cultures to this day.

More recently, in 19th century America, union and anarchist protests for the 8 hour workday, culminated in violence at a May 1886 union rally outside the McCormack plant at Haymarket Square in Chicago, followed by the trial and executions of several accused. This event led to May Day’s celebration, mostly outside America, as International Workers Day.  In many industrialized countries May 1st is their Labor Day.  Socialists, anarchists and unions especially identify with this version of May Day.

Less familiar but celebrated in financial and investment circles, is the event of May 1, 1975.  This Mayday (most common spelling) was an SEC order  that deregulated fixed commissions on stock purchases that had endured for almost 183 years.  Rather than being driven by small investors, pressure to deregulate had been building through the 1950s and 1960s as large institutions and pension funds began realizing equities held over long periods of time produced superior results to other investments.  They were getting no breaks on larger volume purchases through traditional channels, but were discovering loopholes, and were big enough to bring political pressure for change.  An excellent May 1, 2010 article at ThinkAdvisor.com tells the story.

Following Mayday 1975, large traders could negotiate hefty discounts.  Discount retail brokerages sprung up to serve ordinary investors, but changes came slowly at first.  I can remember into the early 1980s, selling 135 shares of a low cost stock through a discount firm.  The transaction was handled as two separate trades, one for the 100 share “round lot” trade and another for the 35 share “odd lot” trade, along with separate $35 commissions for each.  Clearly liberation for the small investor had not yet fully arrived, except by sticking to a growing number of no load mutual funds that allowed direct purchase from the fund company without a commission, but Mayday 1975 had set the stage for what was to come.

A year later in 1976 Vanguard introduced the first low cost passively traded index mutual fund based on the S&P 500 index of large capitalized American stocks, intended for the individual investor.  This allowed “buying the market” and avoiding the expenses of trading in usually unsuccessful (because of the cost) attempts to outperform it.  Anyone could now guarantee capturing the generous returns equities have been shown to make available when held over long periods of time, less very low management expenses.  Success led to more index funds covering other segments of the market being made available.

Today any number of shares can be bought or sold for one low commission under $10 through a variety of online trading companies, without ever talking to a human.  This was made possible as online trading took off in the late 1990s and intense competition and efficiencies and availability of the internet came to benefit the consumer as never before.

Diversification across any number of asset classes is today easily achieved through very low expense ratio exchange traded index funds, avoiding the risk associated with individual stocks or expenses of trading.  Participation in the fruits of capitalism has never been cheaper or more accessible for virtually anyone.

Those who complain of big profits of large corporations only need to step up, themselves becoming owners, at very low expense, to join in the process of voluntary shared ownership that is capitalism, making the fruits of its success finally available to both them and the masses.  That truly is something to celebrate.  Happy Mayday (1975 version) to all!